Links between microbes and insecticide resistance in mosquito populations 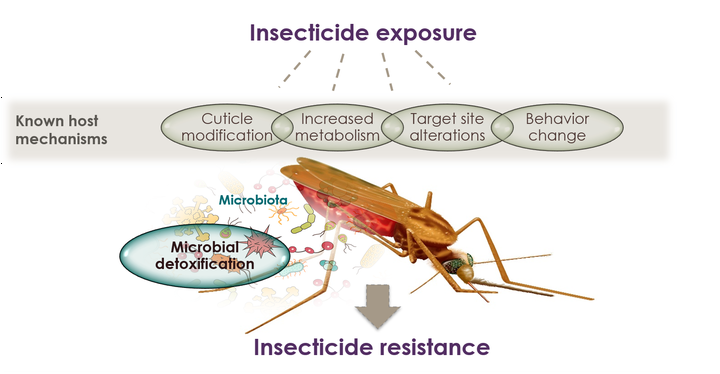 Where we’ve worked so far

We hypothesized that the mosquito microbiome could be contributing to resistance following evidence in agricultural pest insects. Focusing on malaria vectors across Latin America and Sub-Saharan Africa; including Anopheles albimanus, An. gambiae s.s. and An. coluzzii, we studied how insecticide exposure; and resistance phenotypes, intensity, and genotype (kdr mutations), affect mosquito microbiota composition. Across all locations, Anopheles species, and insecticides considered, results consistently show significant mosquito microbiota alterations due to all factors tested except kdr mutations, which was fixed in the population studied regardless of insecticide resistance phenotype. Results also show specific microbes and putative microbial functions associated with either insecticide resistance or susceptibility. Of particular note are significantly higher abundance of Serratia in susceptible mosquitoes regardless of Anopheles species, location or insecticide class; and Lysinibacillus in pyrethroid resistant mosquitoes regardless of Anopheles species or location. Serratia is a known insect pathogen, and its pathogenicity could compromise the host’s ability to withstand insecticide exposure. Similarly, the pyrethroid-degrading ability of Lysinibacillus may contribute to resistance.

Please see below for publications associated with this project. 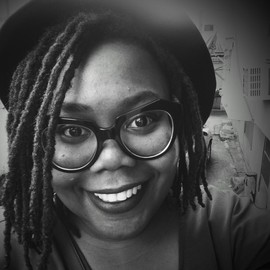 Entomologist and microbial ecologist fascinated with microbial interactions that underpin insect evolutionary responses to changes in their habitats.

Overabundance of Asaia and Serratia bacteria is associated with deltamethrin insecticide susceptibiltiy in Anopheles coluzzii from Agboville, Cote d'Ivoire

Environmentally-acquired bacteria are shed within one generation of mosquito colonization